Despite being one of the most talked about topics in Mzansi for the past 24 hours, Nonhle Thema is completely in the dark about the commentary surrounding her public 2009 social media outbursts.

Nonhle has been topping the Twitter trends list after users dragged her for comments she made during the prime of her career in 2009.

Twitter found files of when Nonhle threw massive shade at Minnie, said she had made R10 million and that she would own her TV channel one day.

Fast forward seven years and Nonhle has retired from the entertainment industry, which Twitter zoned in on.

However speaking to TshisaLIVE, Nonhle said she had no idea of what was going on because she was not active on Twitter.

“I’m no longer on Twitter. I have no idea what’s going on there. My Twitter was stolen and hacked six months ago, so I’m clueless to Twitter trends,” she said.

Nonhle added that she was only on Instagram and Facebook. She believed that any Twitter accounts under her name were opened by fans and admirers, but were fake.

Meanwhile, Twitter has been having a field day with memes and comments about Nonhle’s “fall” from the spotlight. 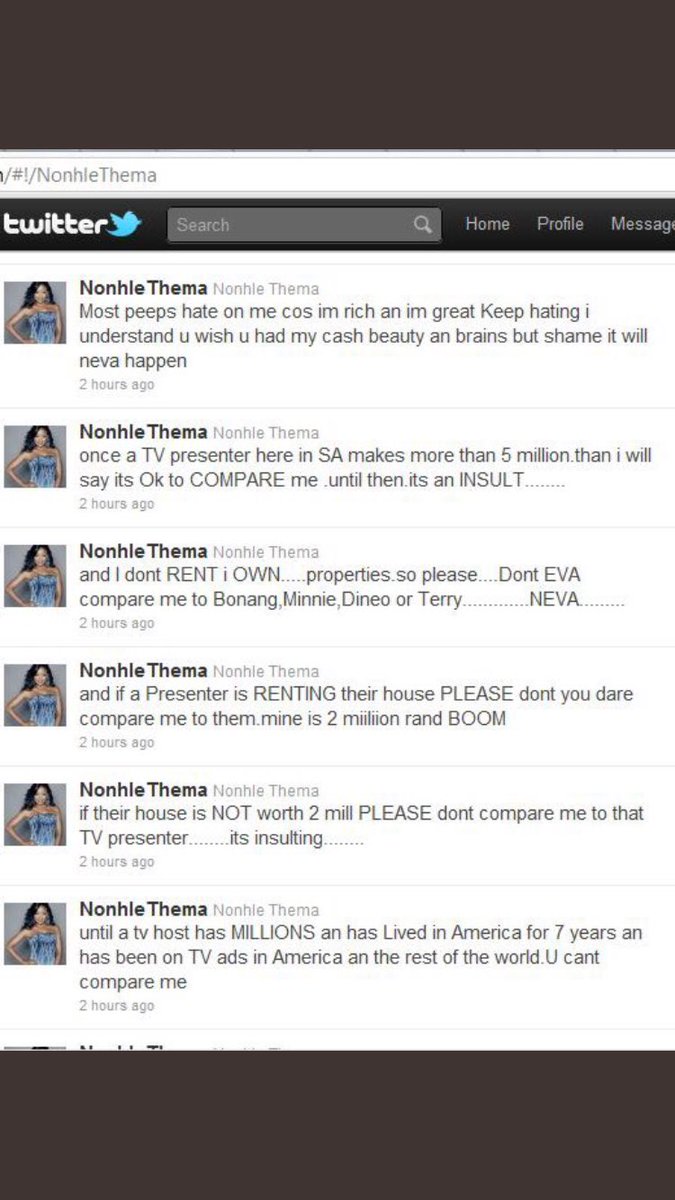