AKA and Bonang back together? 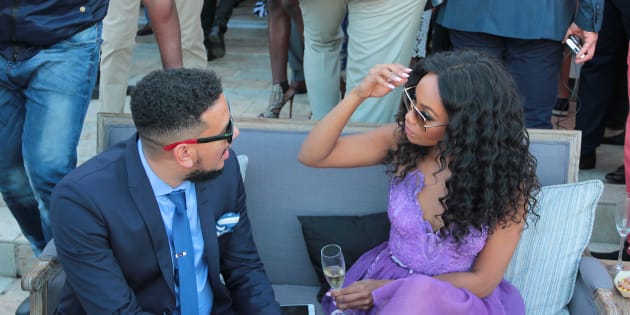 Bonang and AKA’s fans are very much convinced the former power couple spent the weekend together.

The stars set tounges wagging after posting pictures of themselves from the same location in Cape Town. Social media detectives put two-and-two together and as far as they are concerned the case on Queen B and Supa Mega are back on is now closed.

Bonang posted a picture on Instagram she captioned the pic “2am.”

AKA was also active in the Mother City area at 2am. He posted a video on his instagram stories showing him working on music in a hotel room. He captioned the video “Cape Town, Western Cape, 2:59am”

The evidence is not strong enough to support claims that they are back on again. The twitter FBI presented another piece of evidence. Bonang shared another pic of herself from outside her Cape Town hotel, looking very sexy in a sheer black number.

Supa Mega also posted a video of himself spending time at the Pepperclub hotel and spa. The venue looks the same place Bonang took her pictures from.

Many still don’t believe they broke up in the first place. Only time will tell if these two are really an item again.

ALSO READ:  Who is the hottest: Faith Nketsi aka Queen Twerk Or Londie London aka Queen of Curves?