‘Being polygamous gives you peace’ – Skolopad on becoming the second wife. 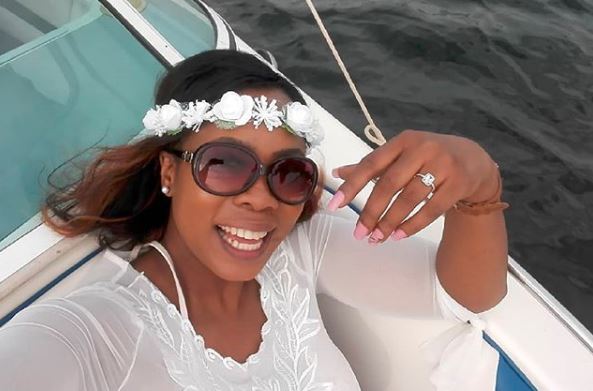 Skolopad is apparently a fiancé to a Swati business man.
Image: Instagram/Skolopad

Skolopad is on cloud nine after her boyfriend of six months popped the question and unlike most people the socialite welcomes being in a polygamous relationship.

She told TshisaLIVE that the engagement was unexpected but welcomed surprise.

“Like I said, he saw me as Nonhlanhla not as Skolopad. In fact, he was surprised when he eventually found out about Skolopad but he said he loved my personality and was not willing to let me go. I really haven’t said much about our love because I was afraid I would ruin it if I announced it.

“I feel like I’m really happy and the less people know the more happiness I’ll have but of course I also won’t hide my happiness. I love that he’s a businessman and not in the entertainment space, it gives me peace of mind.”

The entertainer said that she believes her previous relationships didn’t work because men fell in love with a “temporary” Skolopad and not Nonhlanhla Qwabe.

“He was so surprised when he finally realised he asked me, ‘Hao? Are you a singer?’ I said yes I am but that’s not all that I am’. I enjoy his company and he enjoys mine. The ring I am wearing simply means he plans on paying lobola and properly adding me to his family. I am yet to meet the first wife but I’m sure we’ll get along and even if he wants to take number three, four and five, I’ll be okay. This is what I’ve always wanted.”

The mother of a teenage girl said she was confident that her daughter and hubby-to-be would get along and that he would be welcomed into the family.

“Being polygamous gives you peace, you don’t have to be giving all your time to your man because you know there are sisters to help you. You have time to the things you wanna do.”