Robots taking over the ramp 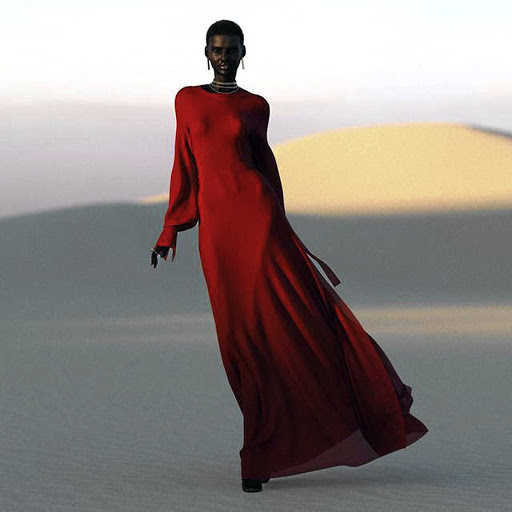 Shudu was recently introduced to the fashion world.

This adds to the virtual models growing by the dozen, and taking over social media in the fashion department.

Shudu, Lil Miquela, Shudu Gram, Noonoouri and Lightning were introduced to us recently and have millions of followers as well as sought-after brands using them in their campaigns.

The trend was started a few years ago in 2010 by French brand H&M when it used digital fem bots to push its summer swimwear.

Six years later, Louis Vuitton drew on the fame of the gaming character, Lightning – the female character of the Final Fantasy PlayStation game.

With pink short hair, a lean athletic frame, she was again used and seen as perfect for its Spring/summer ad campaign in 2016.

Seen on billboards with other famous models, Louis Vitton said at the time that she represented a global heroine.

It had a vision that social networks would become an integral part of our lives.

Marc Jacobs went a similar route when he designed stage outfits for Hatsune Miku, a Japanese virtual singer in 2013.

Los Angeles-based designer, Honee and House of iKons and Lcc stunned the crowds when their Ohmni robot walked the ramp of London fashion Week.

It wore a one-of-a-kind creation by the artist, fashion and industrial designer Honee. She collaborated with OhmniLabs and Kambria with a play on the word “telepresence”.

“My show with the House of iKons this September is named ‘ÁI’, in reference to artificial intelligence and also a play on the Vietnamese word ÁI for love and the Chinese phonetic AI for love as well. We’re in the world of AI and loving it. I use fashion as the language to express the skins we are in. In my upcoming show, it’s not about the future of robots, of a world unknown, but of the presence, the NOW. And OhmniLabs is ushering in the world of NOW with their telepresence robots. Telepresence robots are changing the way we communicate and provide a hassle-free experience in connecting and keeping in touch with friends and family in different locations. They help you establish your presence despite the distance and situation,” she wrote on her web page. 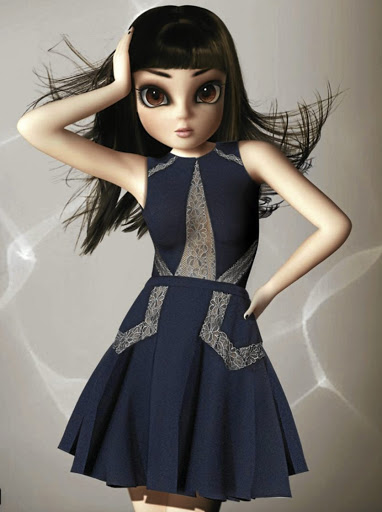 ALSO READ:  Celebs flexing for the gym and the Gram

Rihanna shared the image of her wearing Fenty Beauty lipstick in February. By April, she had more than 90000 followers on Instagram.

She is now joined by Margot and Zhi, who are exclusive to the fashion label Balmain – also created by Wilson through 3D imaging.

Of German origin, she came on the scene in February this year and campaigned for Jacquemus, Gucci, Versace, Dior, Fendi and Ashi Studi wearing real-life clothes.

She is said to be 18 years old and 1.5m tall. The Parisian d escribes herself as cute, curious and a lover of couture.

She was created by Joerg Zuber at branding agency Opium.

Louis Vuitton’s muse is of Japa-nese origin. Her claim to fame is from the video game Final Fantasy.

She inspired Nicolas Ghesquière, artistic director at Louis Vuitton, who is an avid gamer, and has been used in various fashion campaigns. 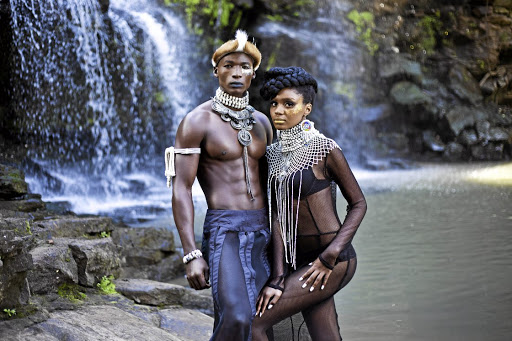 Lucilla Booysen, owner of SAFW which celebrates 21 years of fashion in October, says the reason behind starting a fashion week was to create an optimal platform for designers to start, develop and grow their businesses from.

New to their autumn-winter collection is a book called 21 Years of SA Fashion Week that will be accompanied by a fashion exhibition showing some of the most iconic pieces designed by various designers over the past 21 years.

Booysen admires innovation by the London Fashion Week to embrace robots. “I love technology, so I am looking forward to seeing them.”

But she assures it will take time for the technology to reach our ramps as human models bring diversity to our runways.

“Robots … it is just a new way of looking at fashion. If this happens the model agencies will definitely suffer but I suspect that the costs involved will slow down the process. In my opinion, we are not there yet. ”

Designer Paledi Segapo of Palse Homme says fashion is ephemeral and one has to continuously embark on the journey of forecasting, if not embracing, the future. “I would incorporate robotic models if I had the chance to. We’re living in a dynamic era, surrounded by evolving technology.”

He says we are fast approaching a world where humans will be dispensable and replaced by robotics within a creative space.

“From a cost factor explanation, long term it’ll be cheaper, efficient to work with robots.”

Kgomotso D Seboko, who owns KS Models, says robotics and CGIs take away the human connection. “It’s disrespectful to human nature and it fails to trigger the real emotions of consumers. People buy clothes to meet their emotional needs, not just to cover their bodies.

“Robots will not achieve that. It is not sustainable as the proportions of a human body, especially black African women, are not the same as robots and it sends inappropriate messages about the real shape of our bodies.”

He says he offers paying jobs to over 50 models a year and it would be sad if they lost out because of technology.

Models Samkelo Shinga and Samantha Jali say they are not fazed about Shudu and Noonoouri. “They are not popular in our culture. I have set out to model in the real world. I love ramp modelling and I don’t think that technology is at a stage where robots can replace the human body on the catwalk,” says Jali.

Shinga says it’s dangerous to follow CGIs as young people are already feeling that they need to measure up to unreal ideal figures. “People online are also looking for things that are real and authentic,” Shinga says, adding that robots can’t inspire people.

3 thoughts on “Robots taking over the ramp”