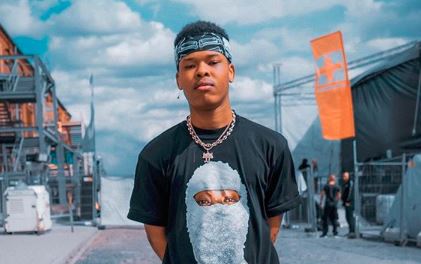 Nasty C is looking on making history and if he can take others with him, he will do so.
Image: Instagram/Nasty C

Although Nasty C’s announcement that he was adding A-Reece to his Ivyson Tour lineup came as pleasant surprise for many people, the rapper says it shouldn’t have come as such a shock because there was never any beef to squash.

The 21-year-old rapper and now record label boss, told TshisaLIVE that A-Reece and him never actually had beef but instead inherited other people’s projections of a beef because of being comparison.

“I just thought it would be really dope to introduce him to my crowd in Durban and at the same time show people that we are both dope. To show people that – I wouldn’t even say squashed the beef because there was never any beef –  just to clarify that to people. I wanted to use my biggest platform, and something I truly value, so that people can see that it’s absolutely genuine.”

Nasty explained that for him history, particularly SA hip hop history, needed a bit of a re-write and he was ready and willing to pen the first note. He said while he realised that it wasn’t his “job” to take people with him to the top, he was determined to at least give people around him a push.

(Side note… how posh is his ride!)

Putting A-Reece, who Nasty said is already a big artist, on his tour was a no brainer because; one, he’s actually really good and two, Nasty just wanted to expose him even more to his fanbase.

ALSO READ:  AKA & Cassper take 'anonymous' shots at each other

“I was just thinking about who I should put on. I always try to put on people that are unknown or like slept on. I know he’s know already, but I was just like, in Durban he’s not as big of a deal as he is in Jo’burg or Pretoria where he’s from, obviously.

The rapper said his personal maturity had been greatly influenced by books.

“I did a lot of research just about growth.”

Asked why books was his first go to for these life lessons instead of consulting the OGs or finding himself some role models, Nasty said he was afraid of “becoming dumb”.

“I finished high school and and I didn’t go back to school so if I didn’t start reading, like by myself, I’d be dumb,” he said with a laugh.

The young king said he’s planning to go back to school eventually.

“It’s been three almost four years without school or a teacher forcing me to read, to had to take the initiative myself. However, I do plan on going back, I just need to find something that I really wanna study. I don’t wanna go back for the sake of going back.”